A Glimpse of the Divine 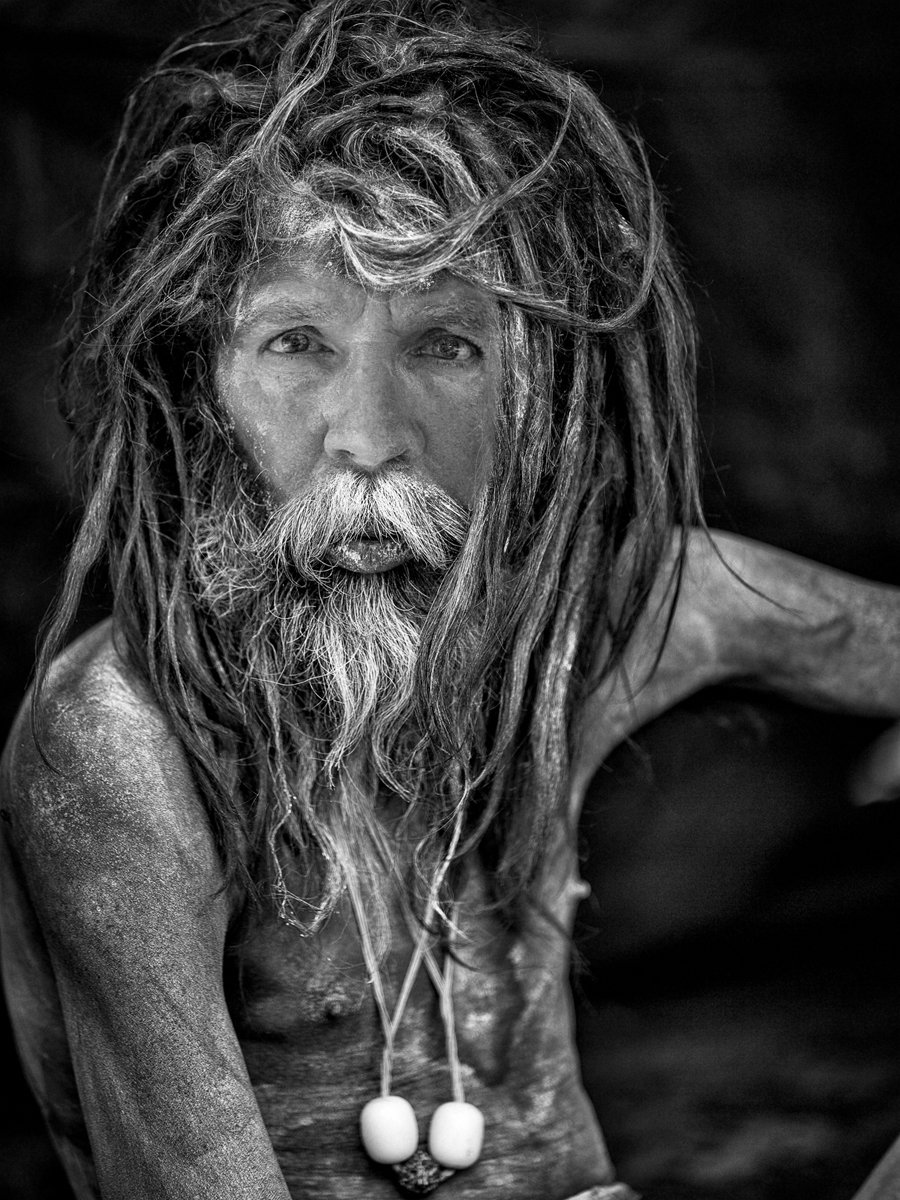 This describes Dave's site really accurately! People are surprised, sometimes, when this description alone brings them to tears.

I visited Pompeii today, close to Naples, Italy, and in the shadow of the volcano Vesuvius that buried the Roman city in 6 meters (20 feet) of ash and volcanic pebbles in 79 AD. Speaking of ancient history - the first and last time I was here was in 1981, when I was married. I got buried by a volcano then, too!
I had come by ferry from Croatia, as I'm driving south towards Sicily. One of the famous mosaics. 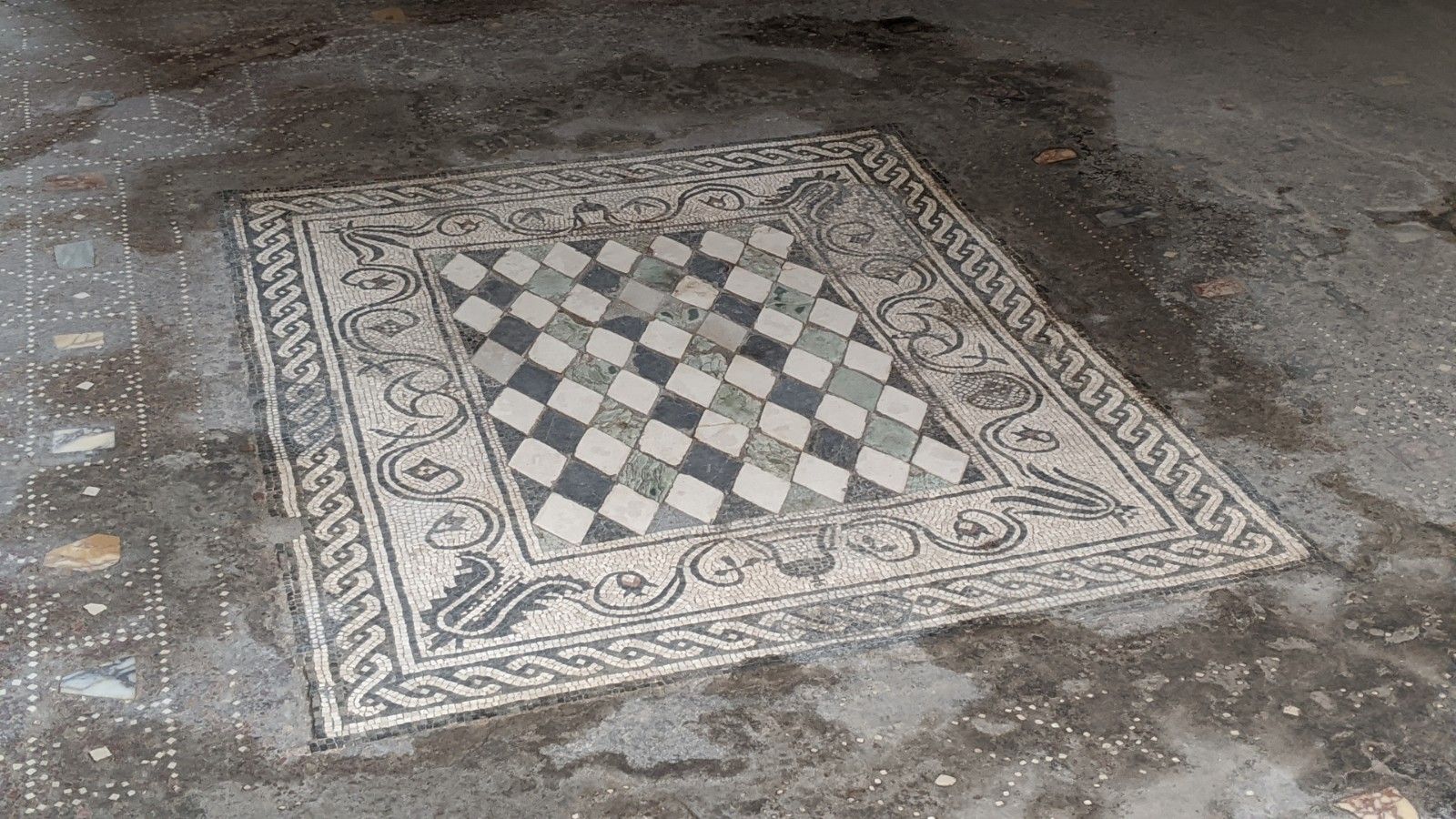 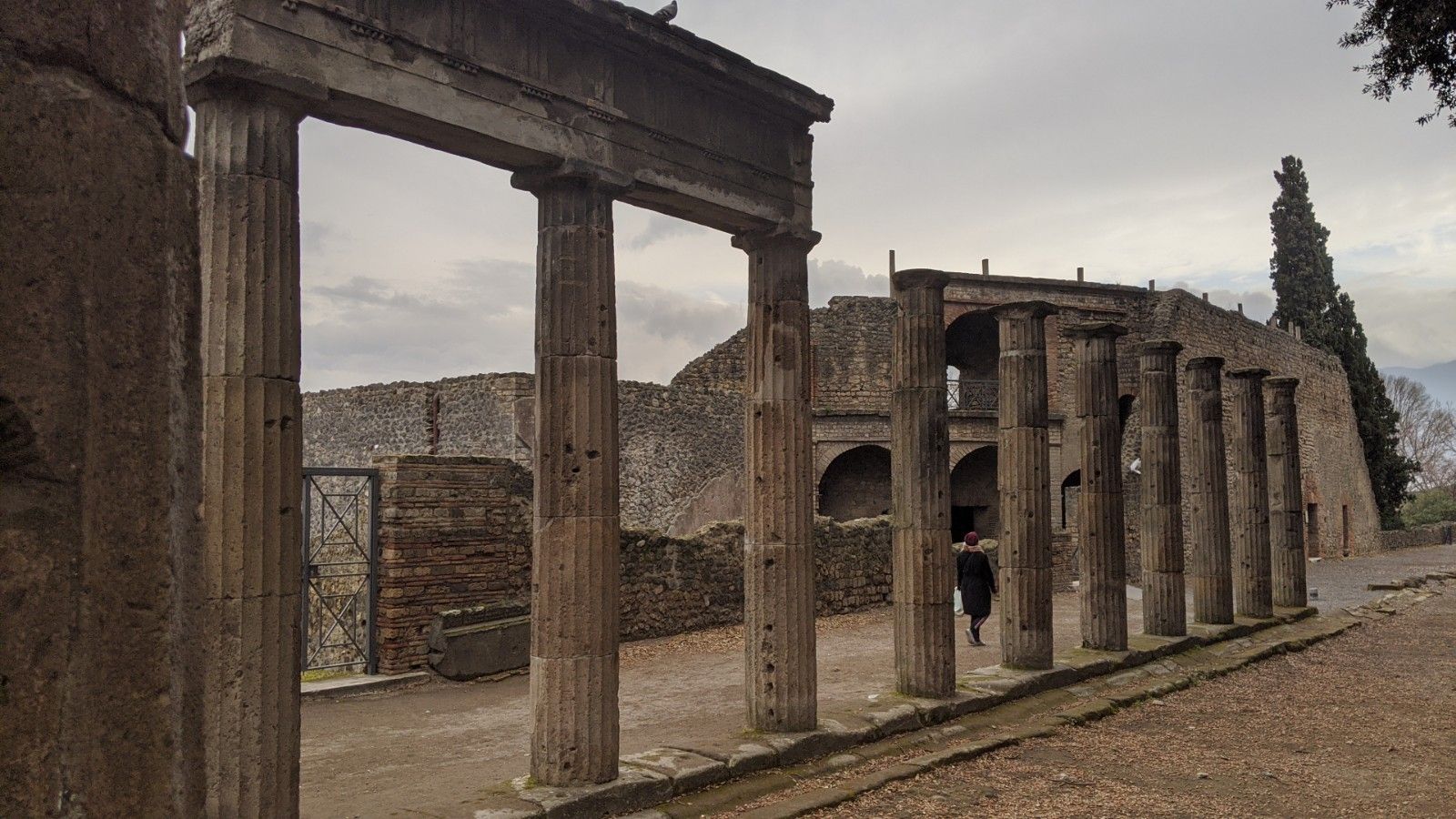 I had forgotten how massive the site is. And it's only about 60% uncovered. 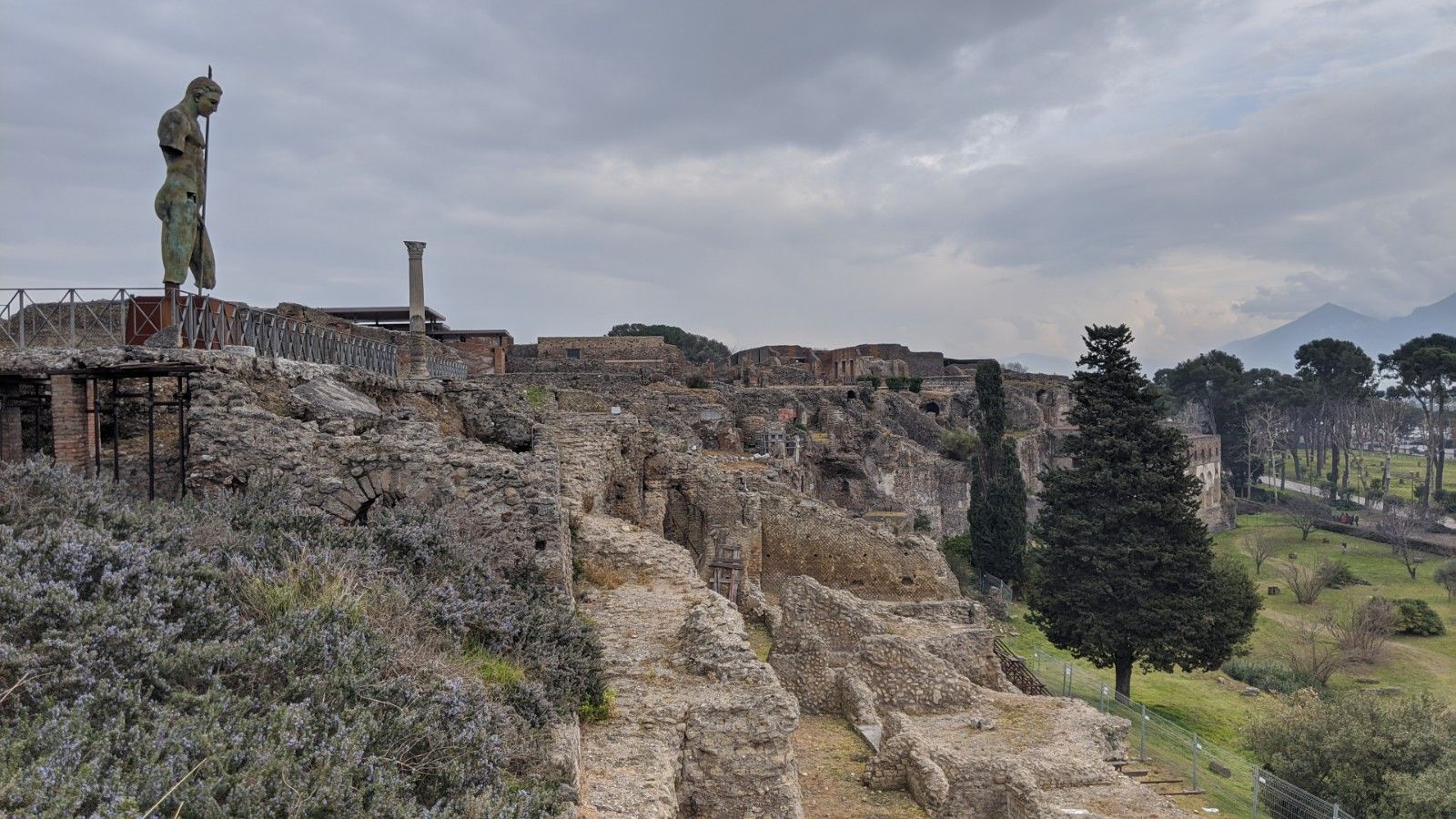 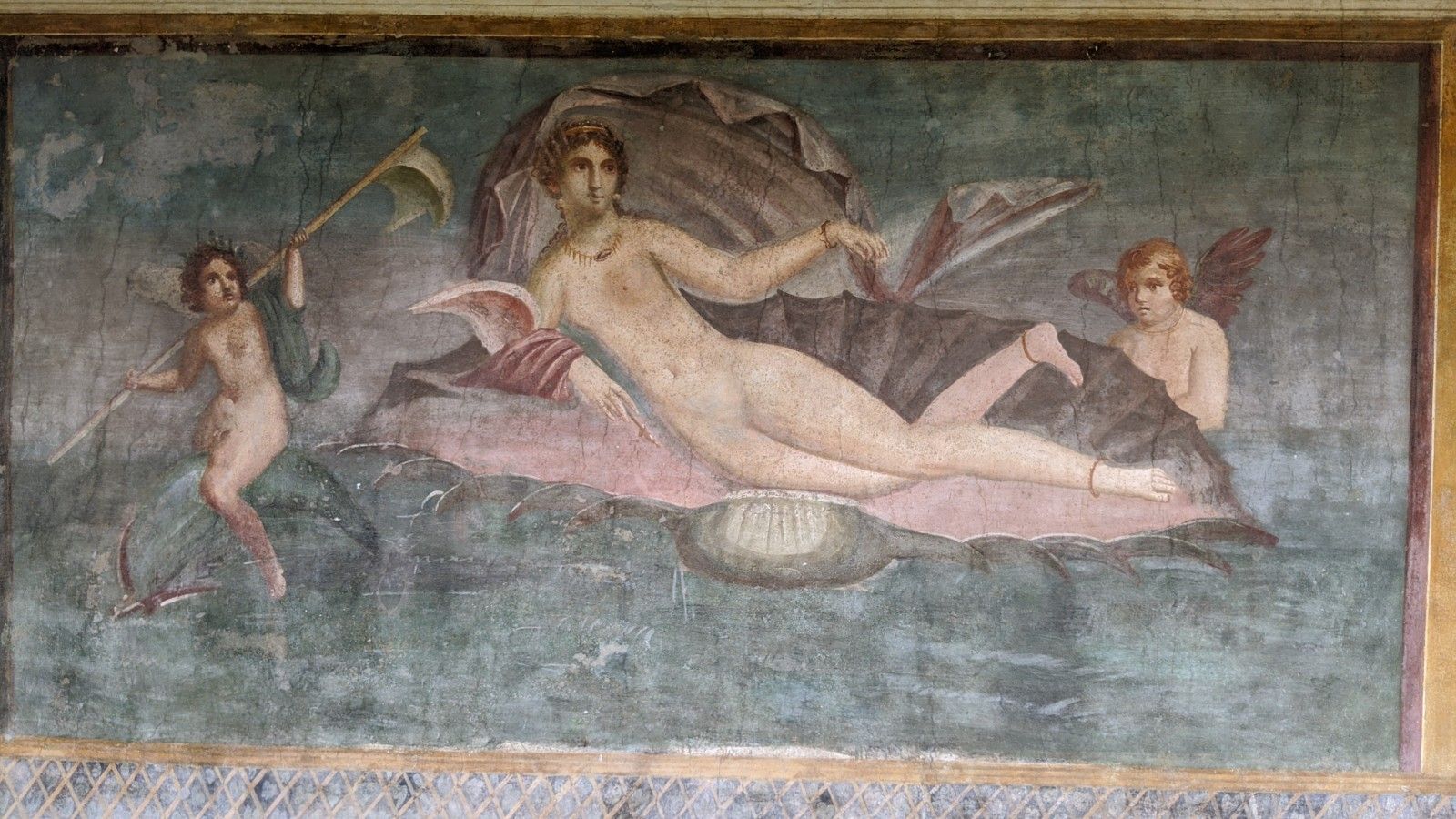 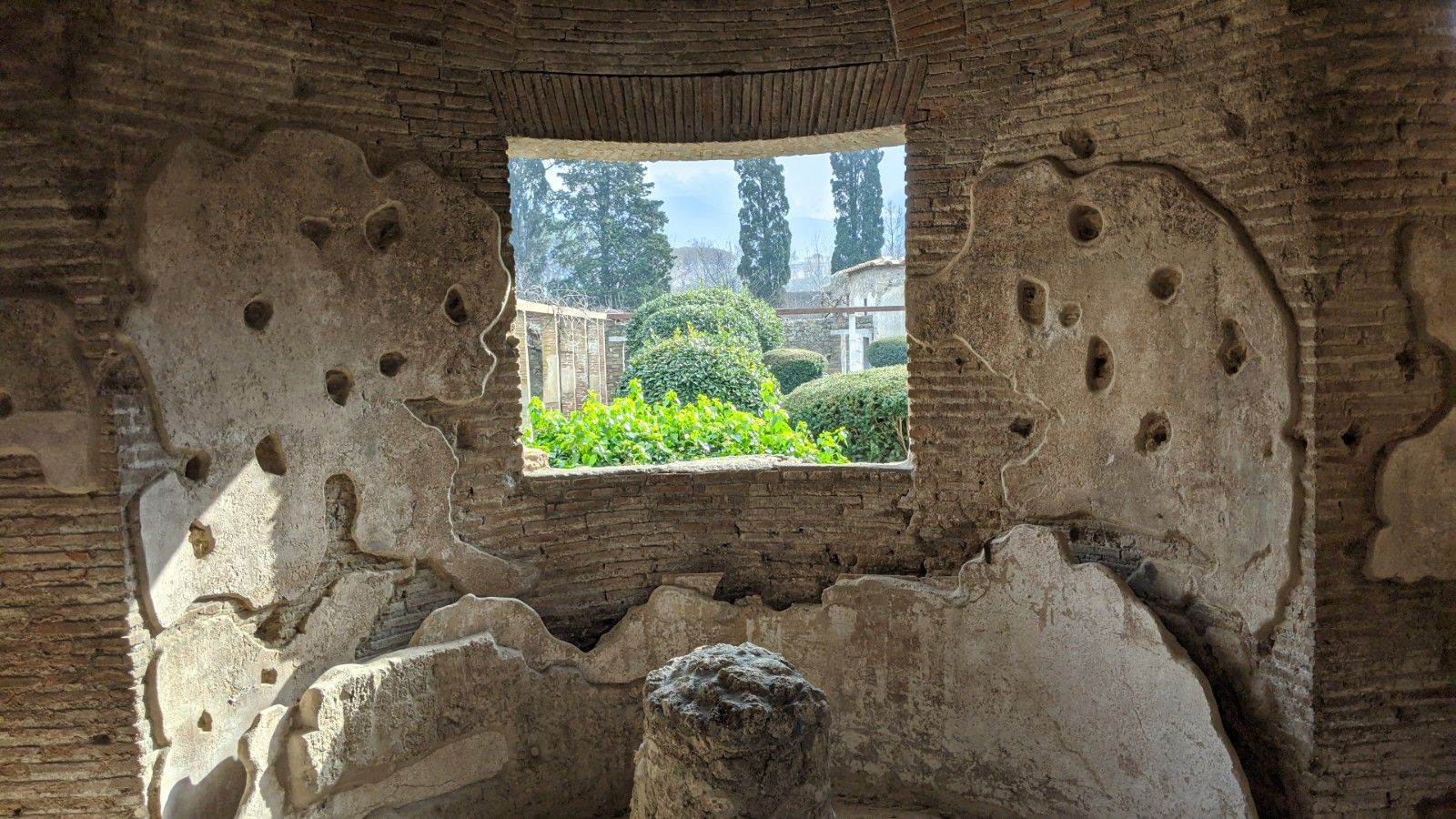 I recognize this from seeing the modern version in India: a street-side snack bar, serving hot food out of the containers embedded in the counter. 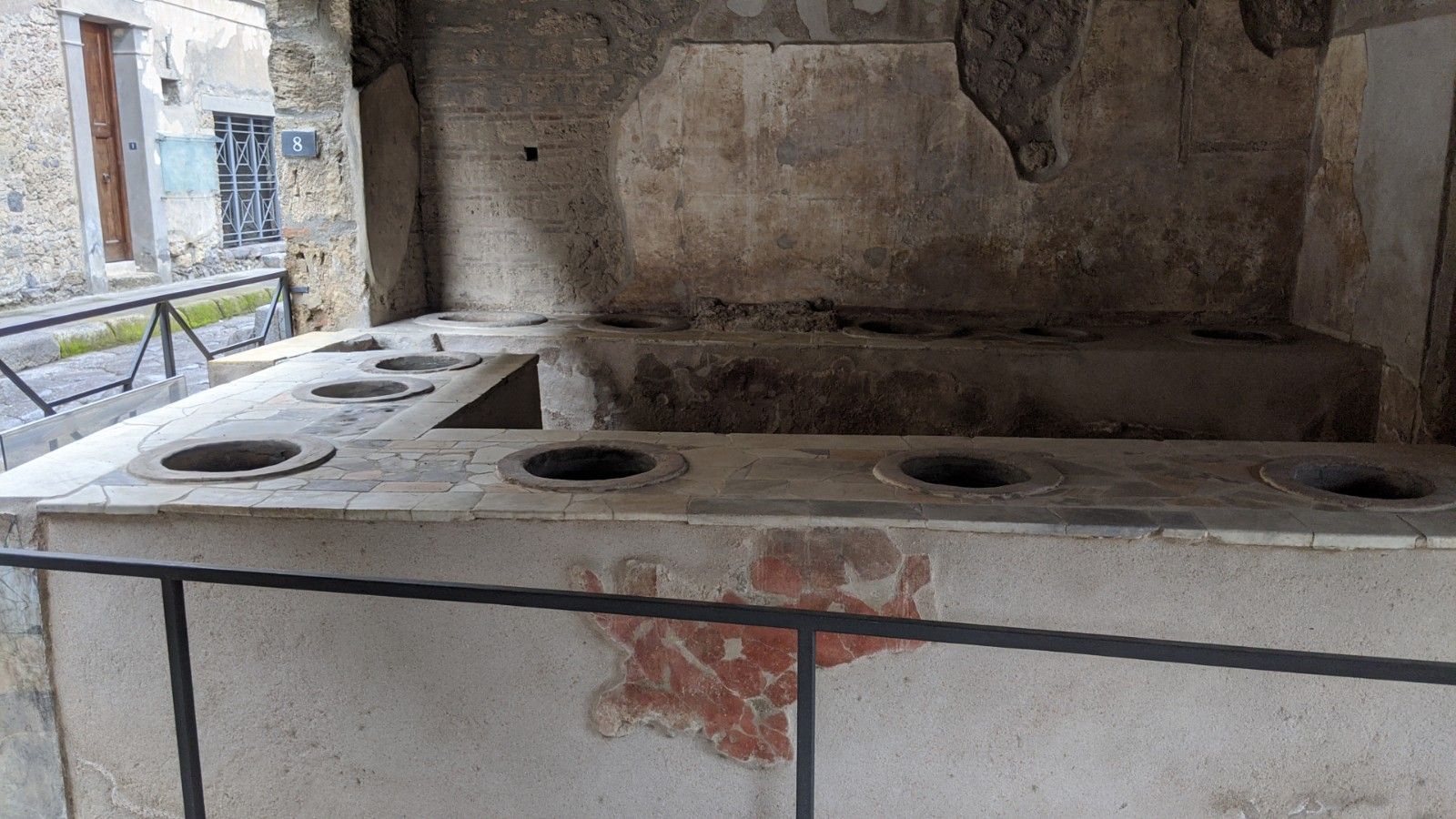 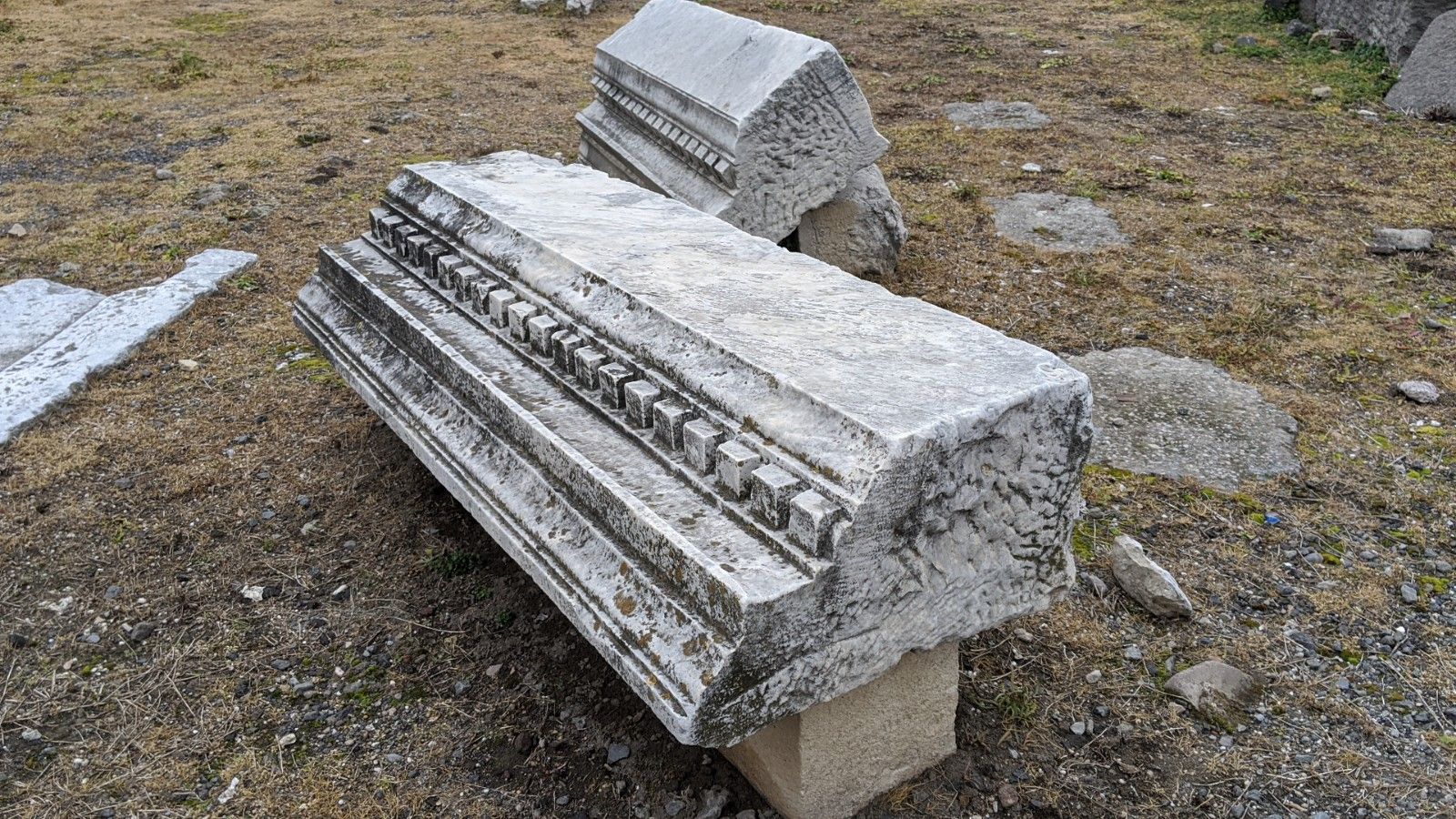 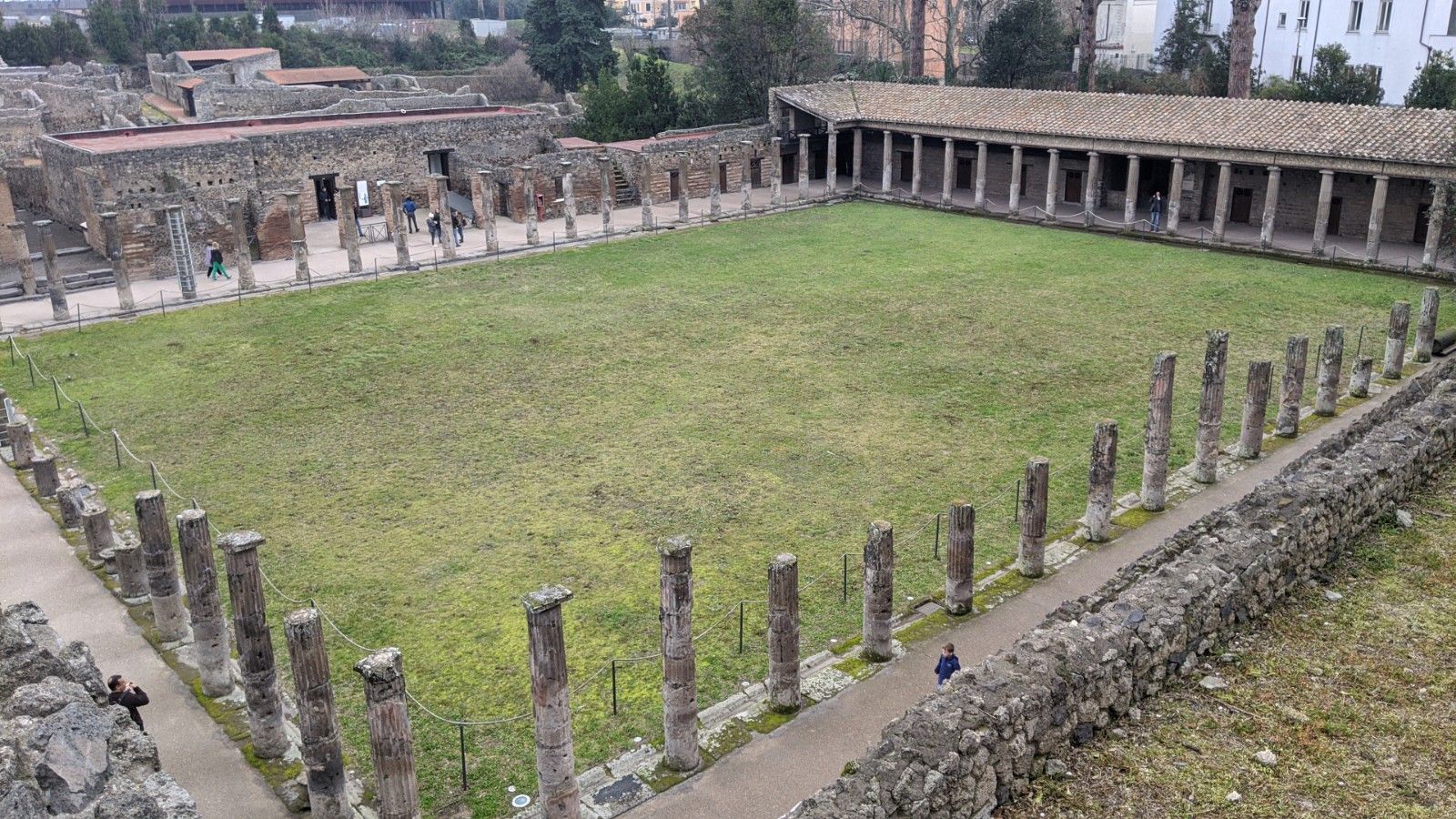 I learned today that Pompeii didn't have much plumbing. Mostly it ran into the street, which is why the sidewalks are so high. And why there are large stones are at every junction - so you can step across without stepping onto the street. 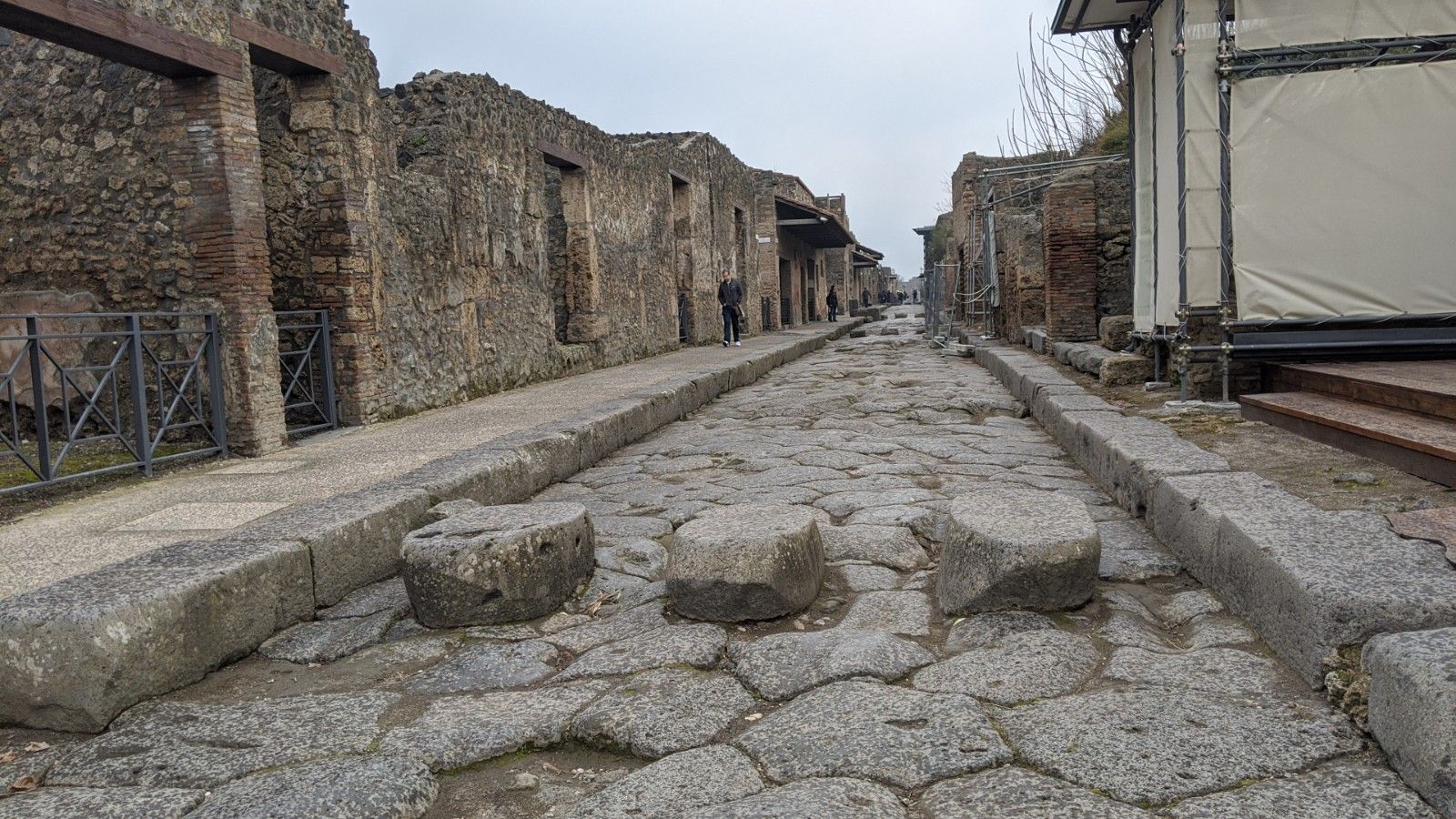 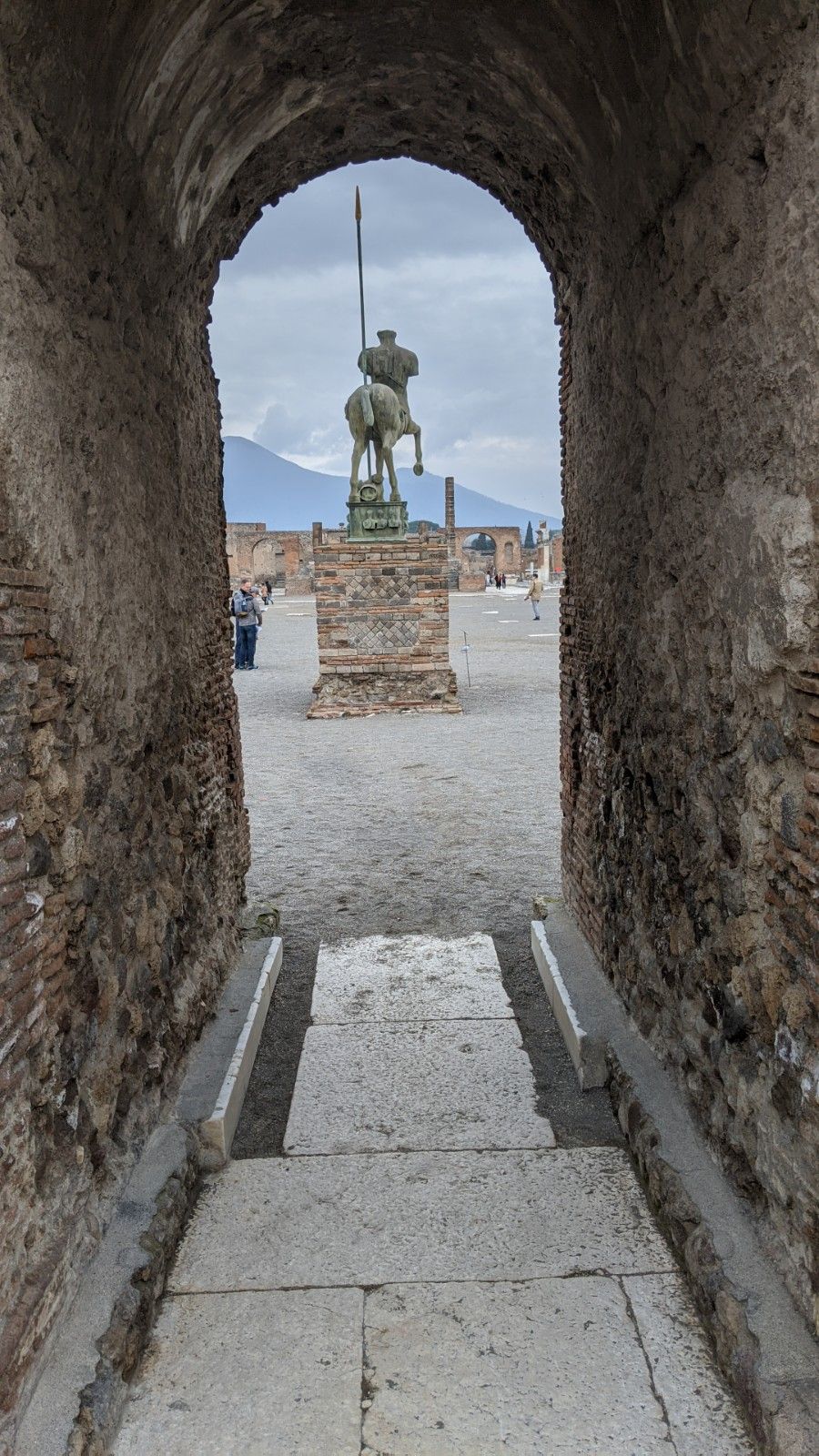 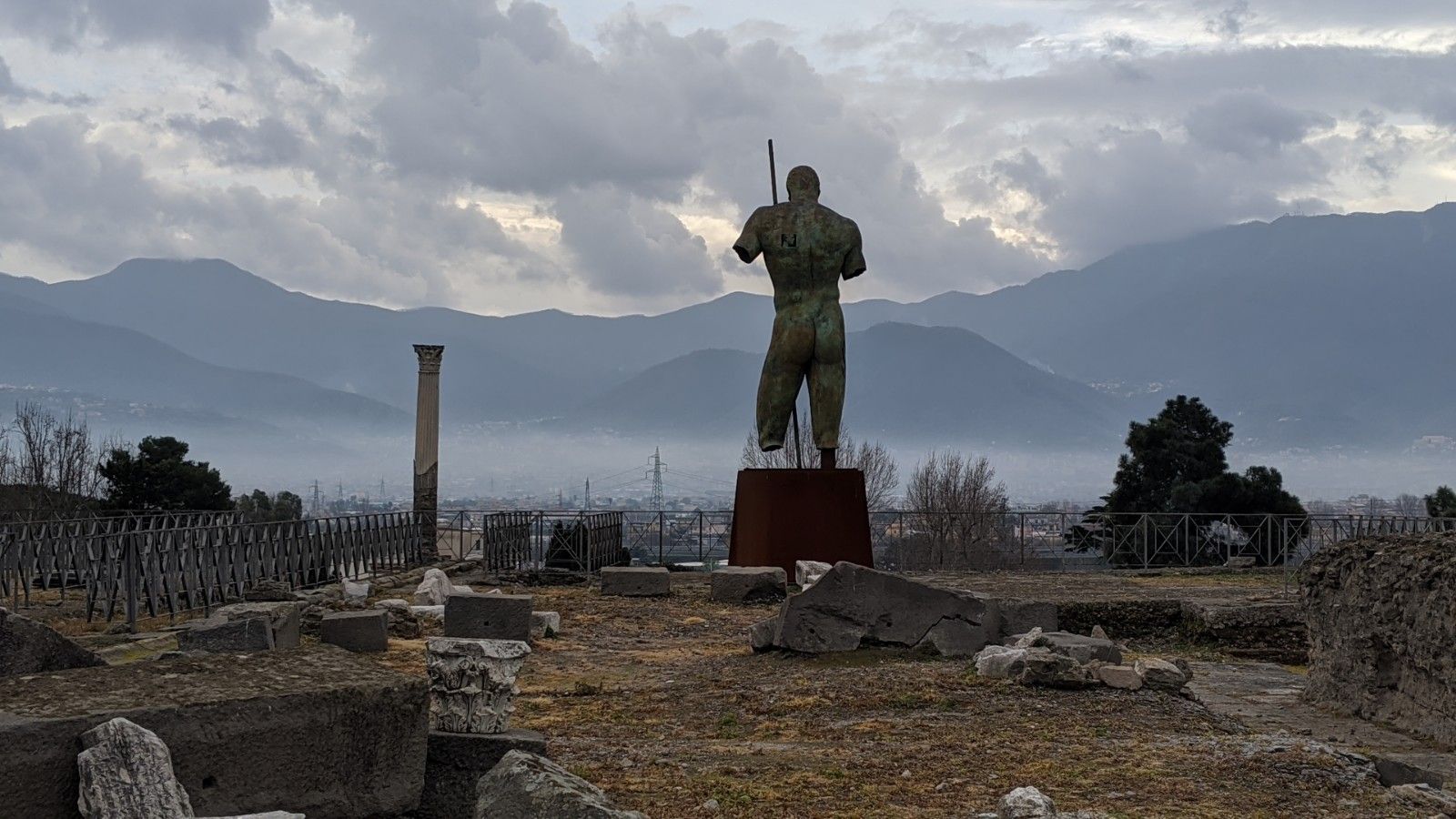 In the oldest excavations, they removed all murals and put them in a museum. The new method is to leave them in place as long as they can be protected. 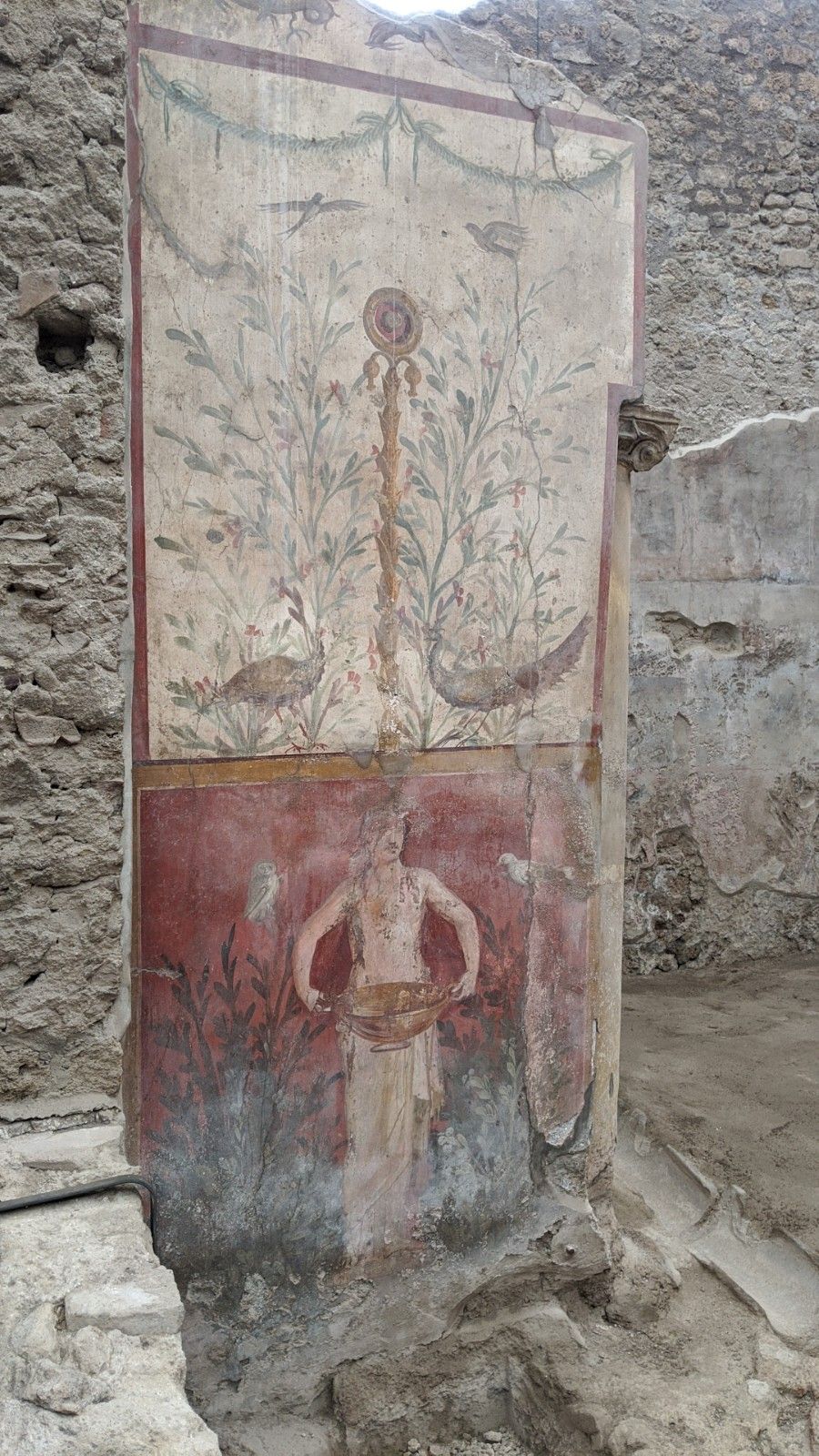 There's an exhibit about Pink Floyd's live concert in Pompeii in 1971. It was recorded in the gladiator amphitheater, with no live audience, only sound recordings and film. 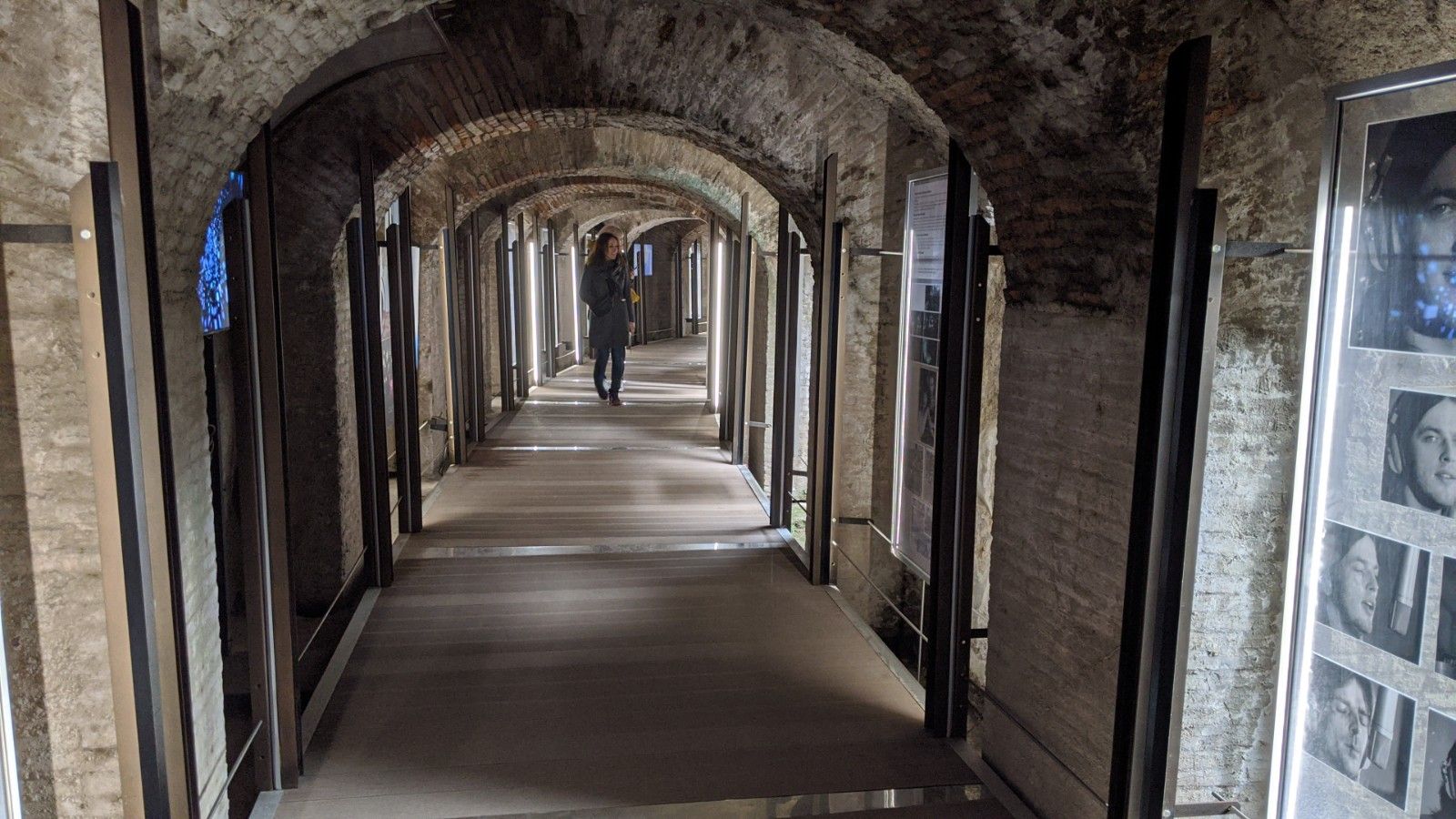 I'm amazed by the level of grooves worn into the rock by wagons. How long would that take?? The city was founded by the Greeks in the 6th-7th century BC. My mind doesn't go back that far. 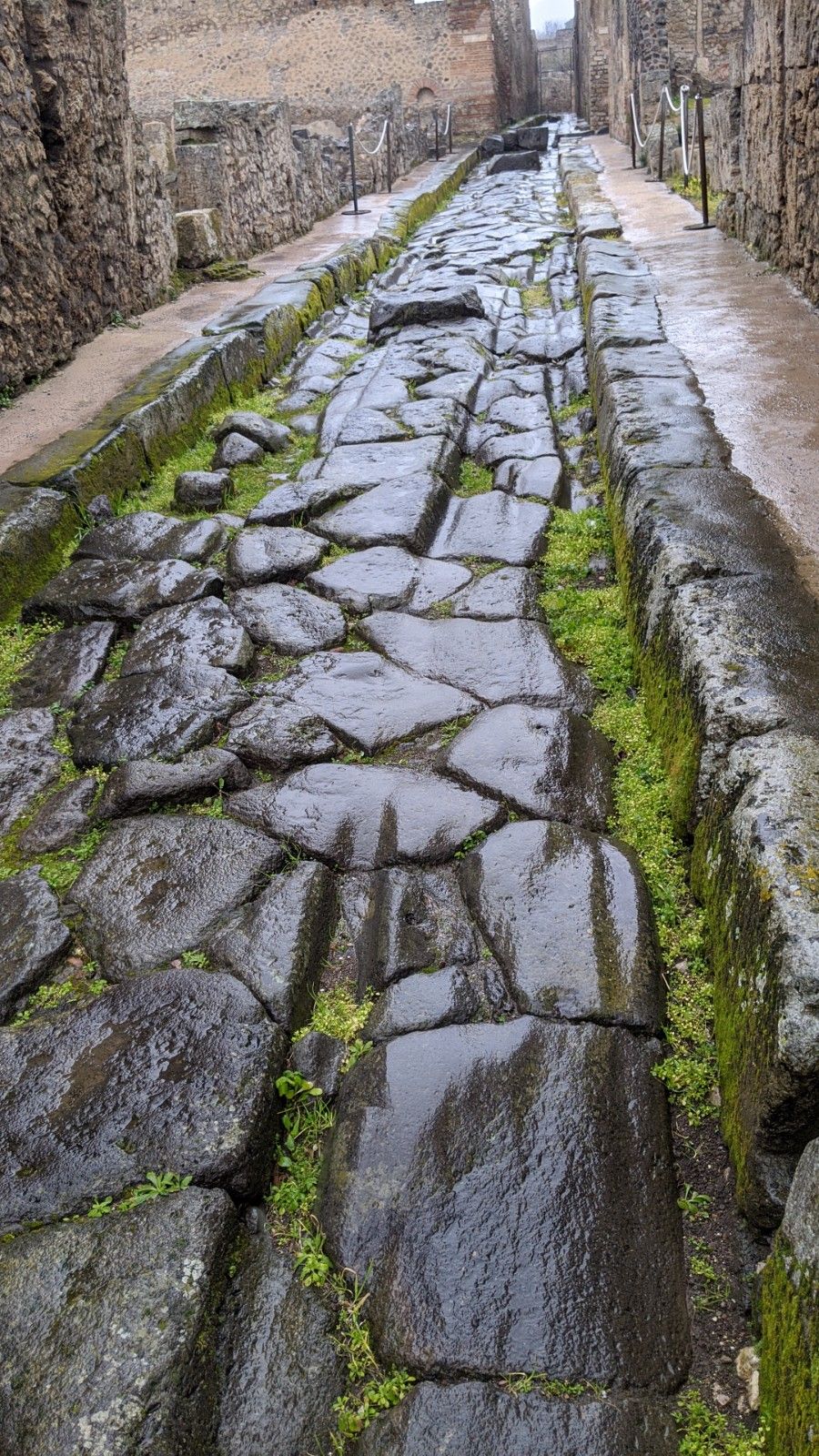 The theater (for plays, not gladiators.) 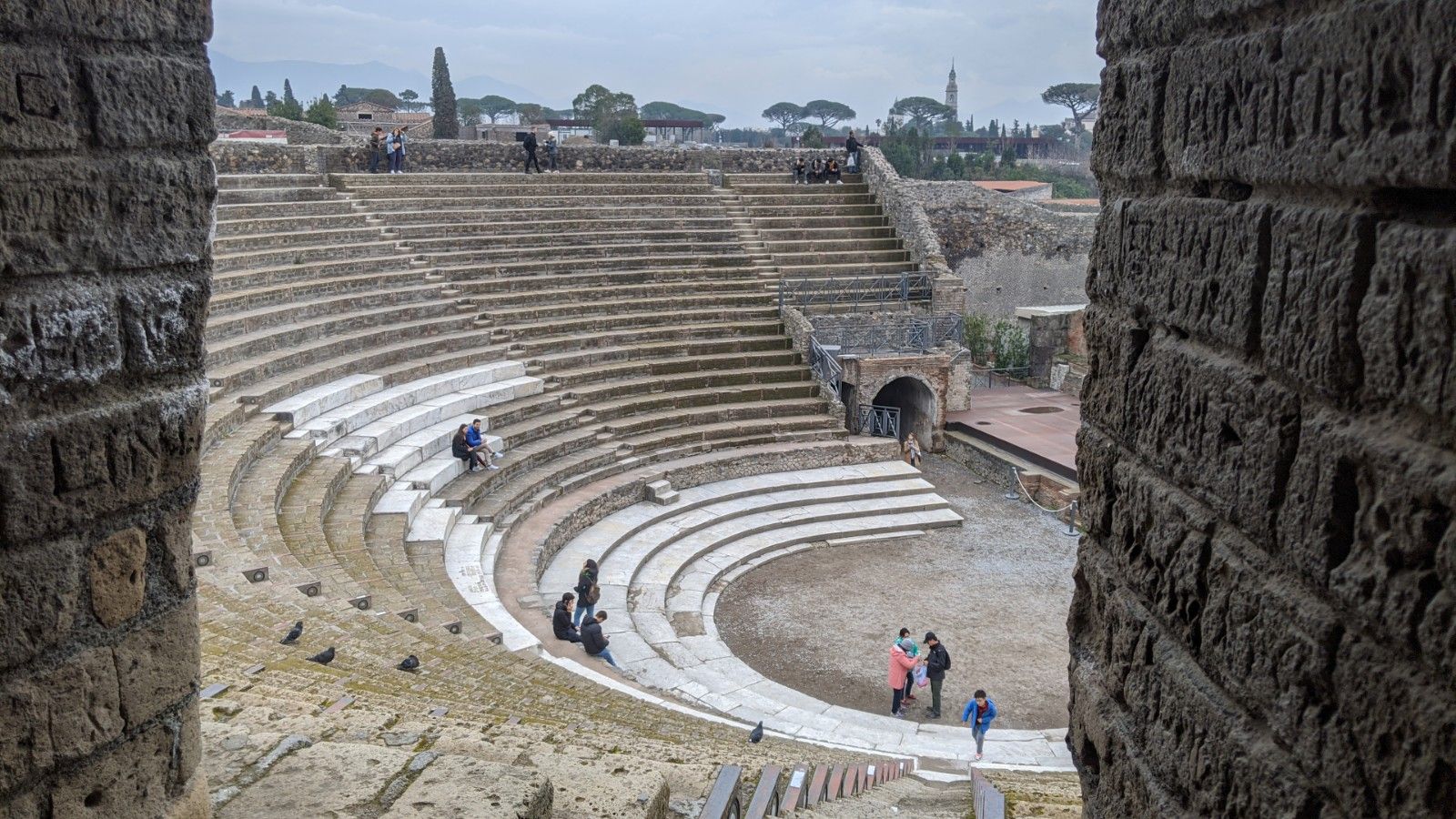 A replica of the original statue. 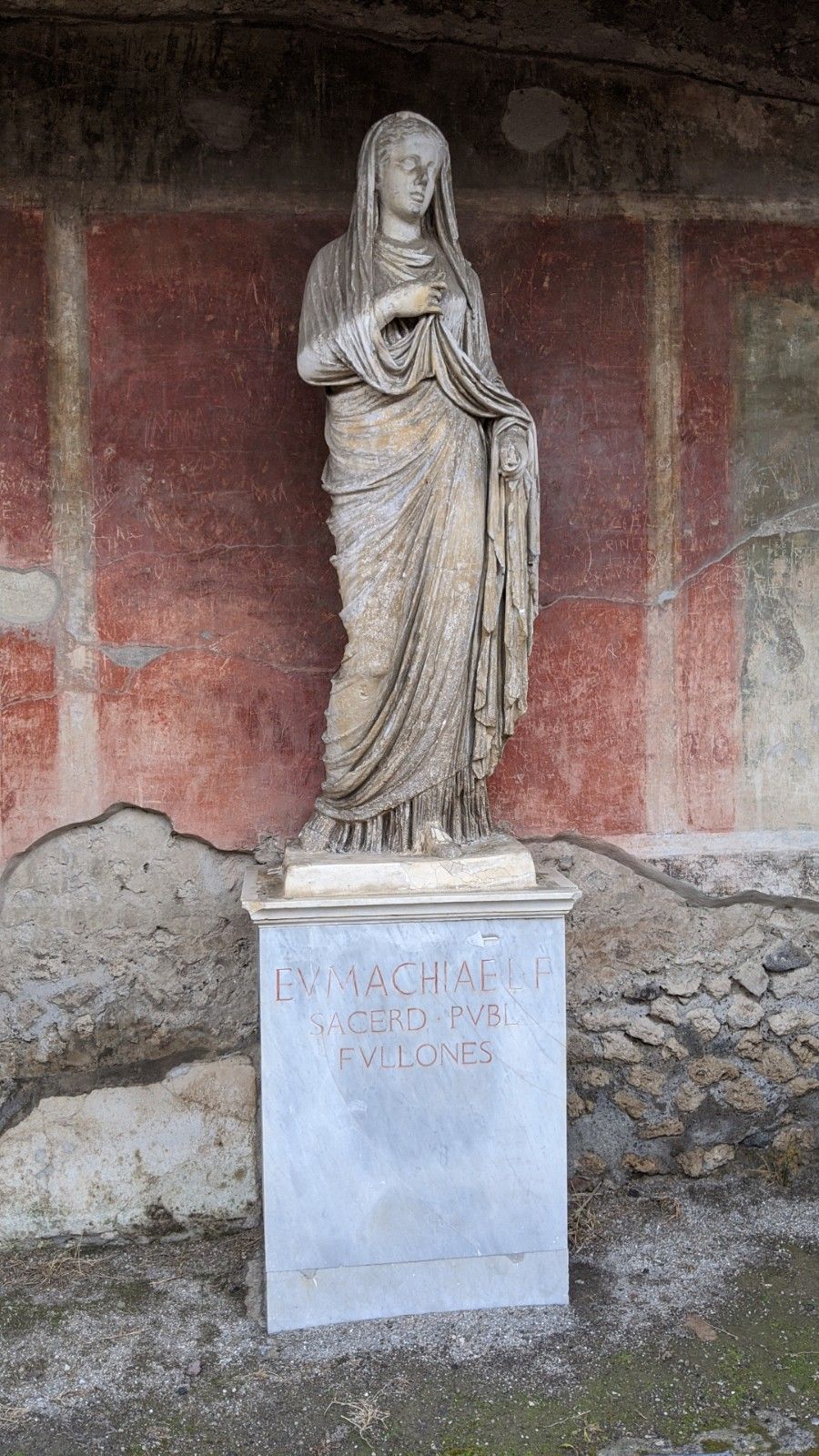 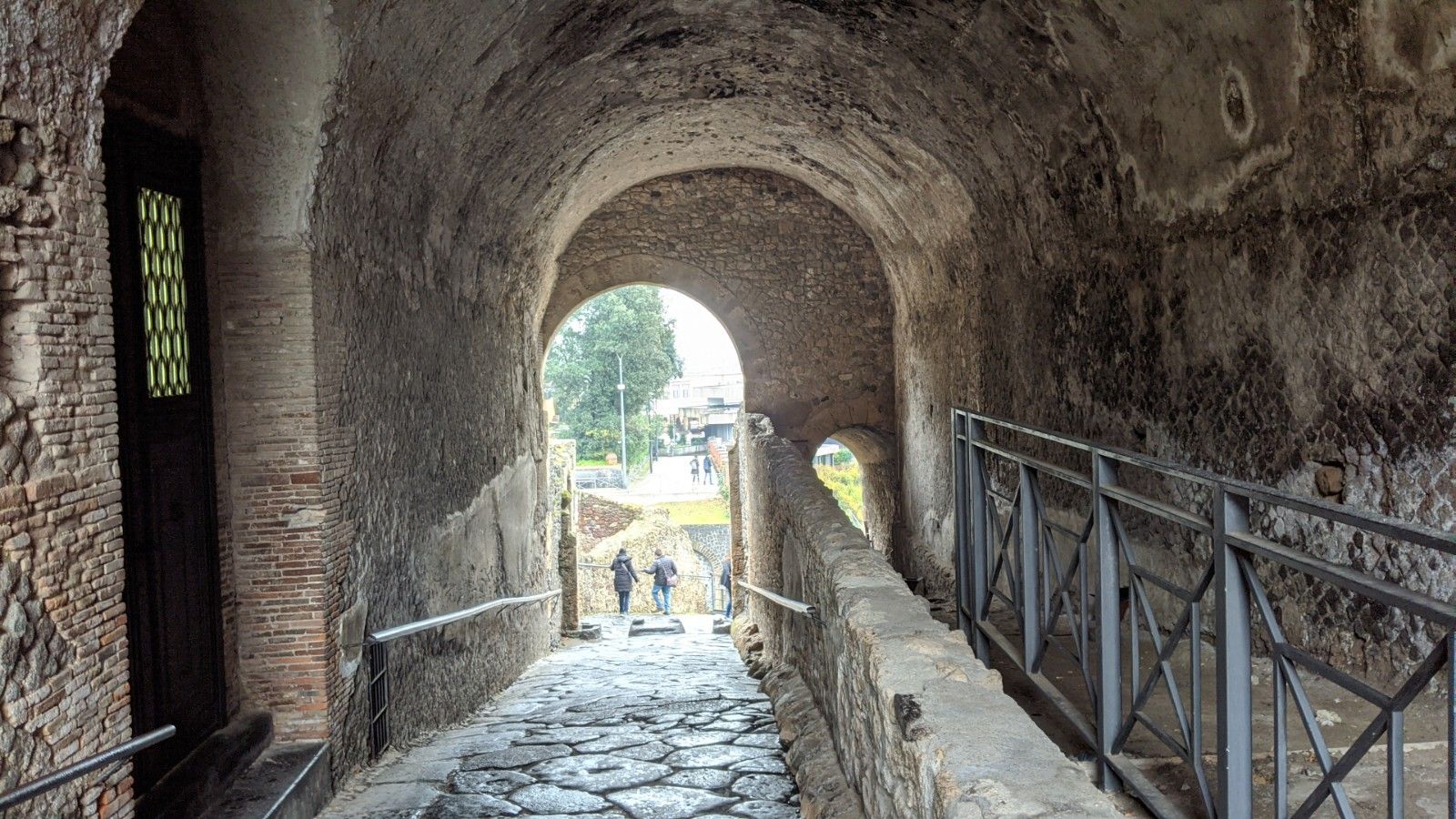 Some of the public squares were huge and impressive. 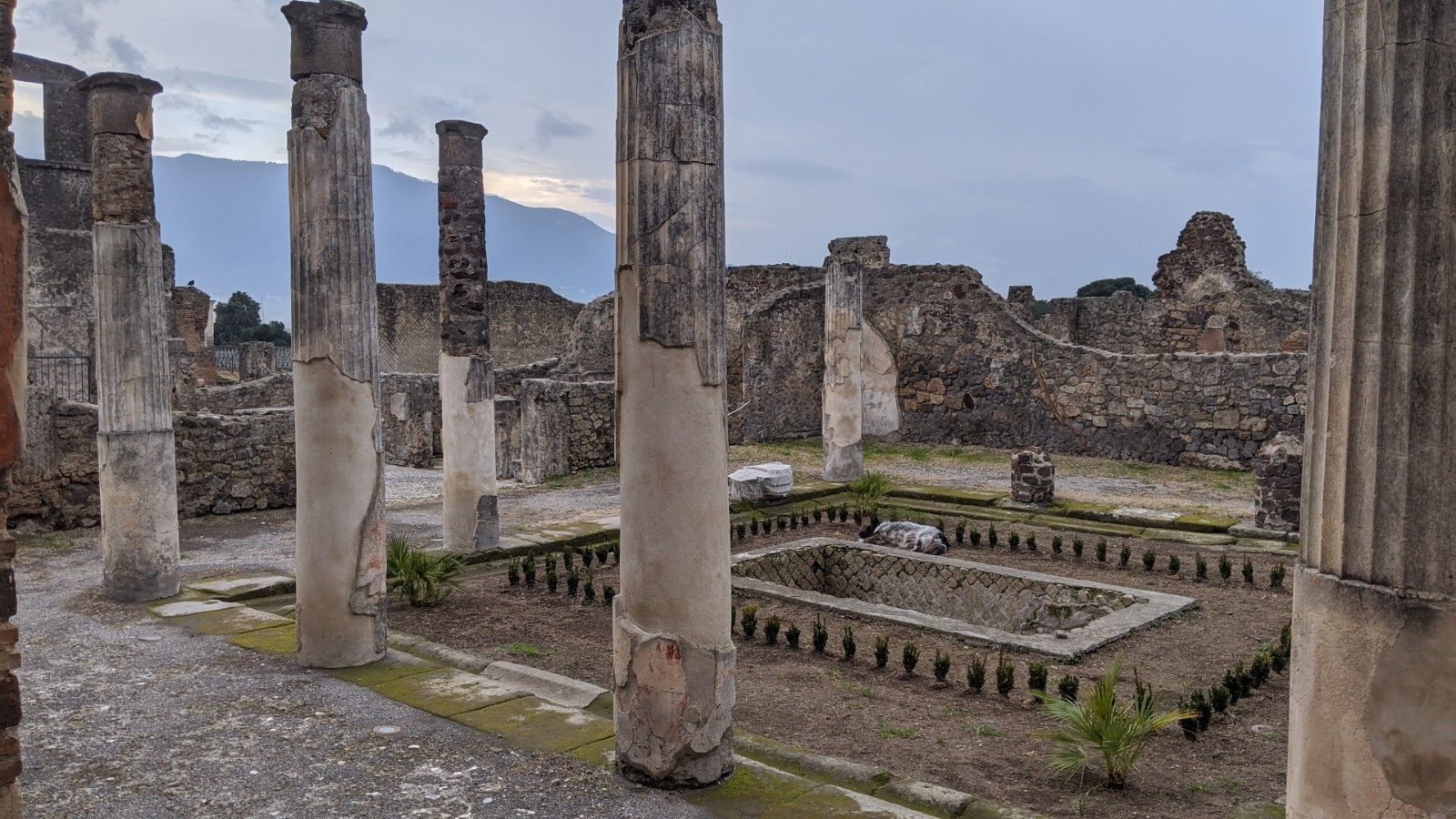 The audio guide described the owner of this house like he was a mafia don. In Italy? Maybe not a coincidence. A very interesting write-up on this house is here: https://www.ancienthistoryarchaeology.com/the-house-of-menander. 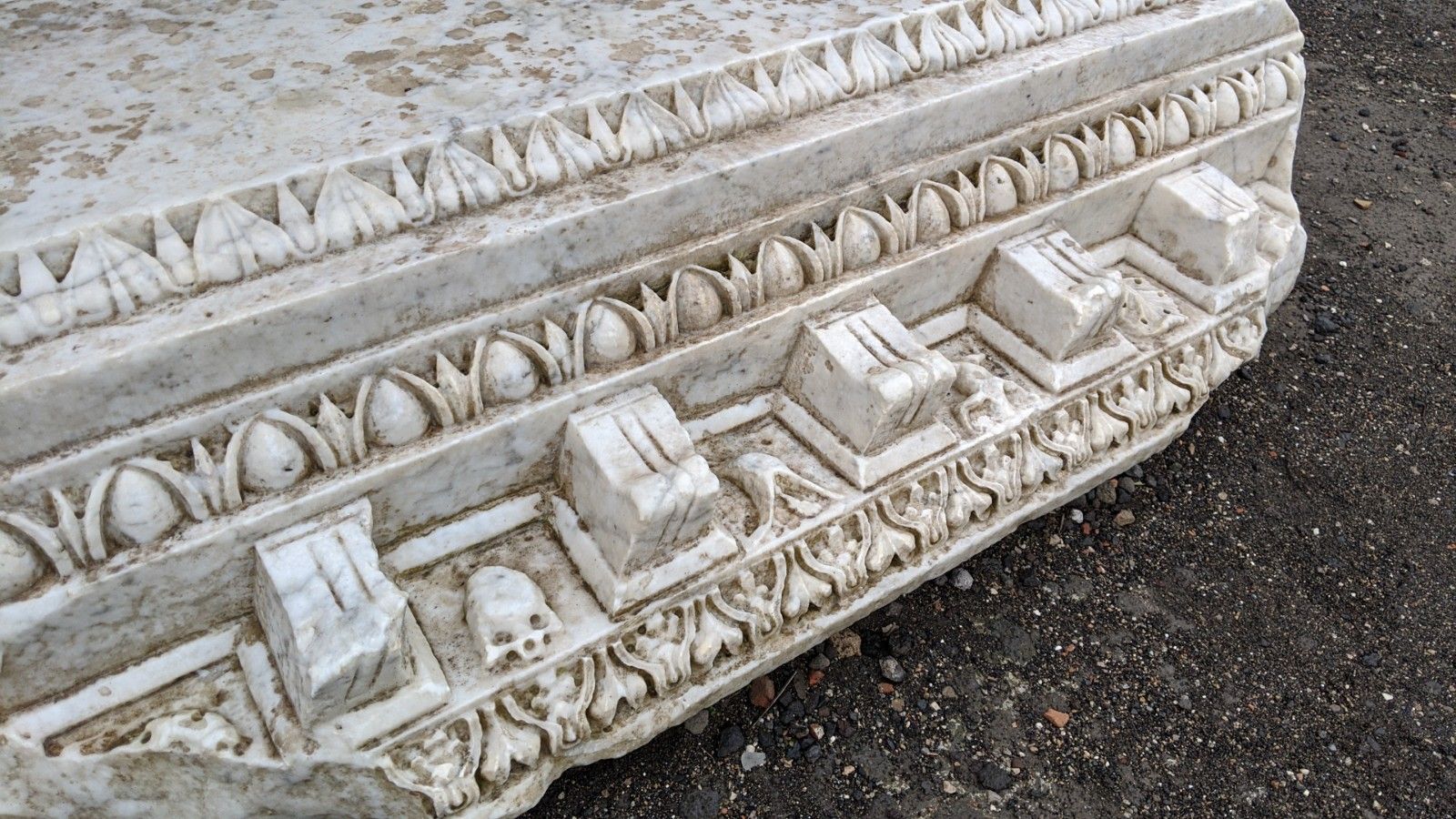 Skeletons of slaves (maybe?) that died during the eruption. 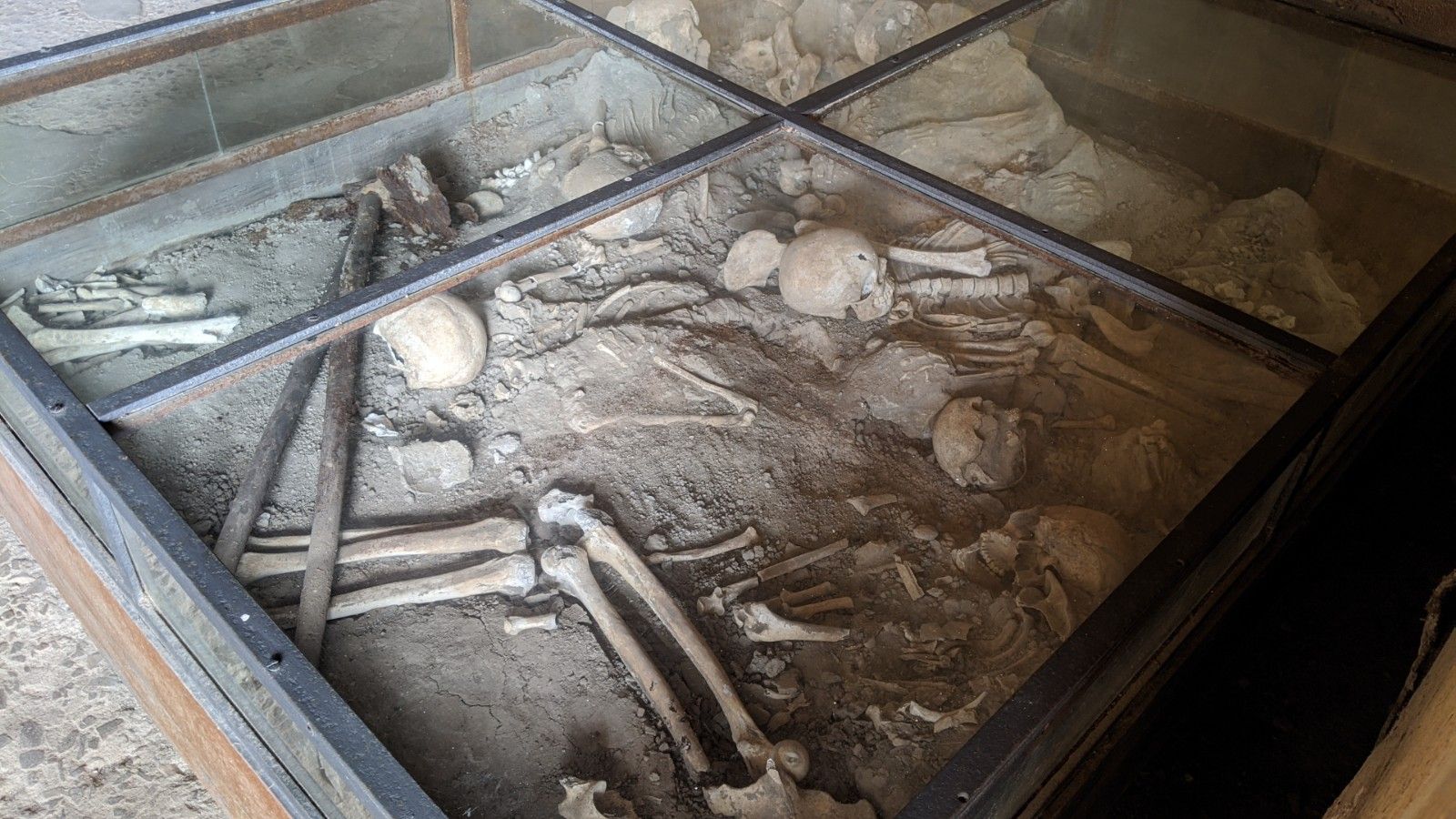 (The End)
comments powered by Disqus